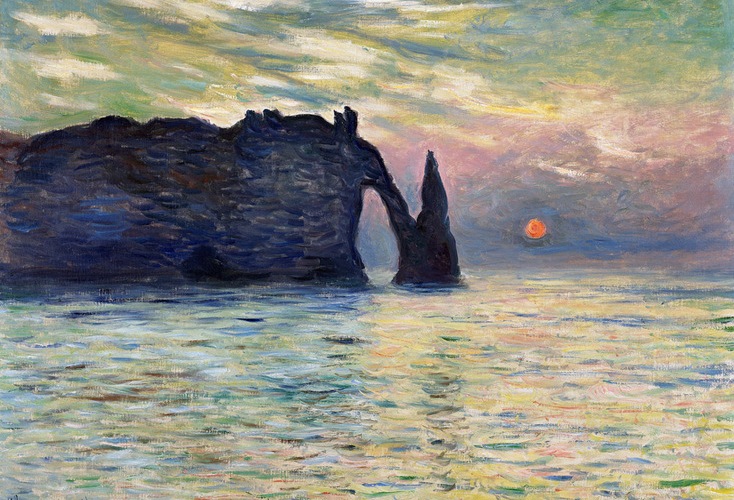 The Shape of Empty

It is too warm for February. The awful smell of misplaced airs seeps through open windows, is driven along halls by small talk about the weather, and arrives like a threat at my door. I shut the door to my office, blocking this spring out of place. It is cold here in the winter, or at least that is the usual working of things.

I teach Faulkner in February, so that we all must look out upon a dead sky drained of heat and understand our distance from the hot working sweat of Yoknapatawpha. This came to be years ago, when a football player in my class sighed in the middle of a discussion of As I Lay Dying. We had been talking about Addie’s impossible line: I would hate my father for ever having planted me. A girl with that young smooth easy skin leaned back in her chair and asked why Addie was so sad. That was when he sighed, deliberate and loud, resting his hand big and steady on the cover of his book. I leaned in, asking if he had anything he wanted to say.

“No, not really,” he said, keeping that hand flat on the cover, sighing again.

“You seem affected by our discussion,” I tried.

“Well, yeah, but I was just thinking.”

“Okay, that’s alright,” I replied, for I’m not the kind to push.

He looked from me to the sky to his hand a few times, and the class sat watching me watching him— shifting in creaky desks and clearing throats, waiting for me to relieve the silence and help them make sense of things. But I had nothing to say. I thought the sigh itself was a profound contribution. After that, he was never at ease the same as before, never leaned back with legs spread, always looking as if he was caught up in a rubber band drawn taught, always at risk of loose flying. And so now I teach Faulkner in February.

Outside the window, the sun is rolling into full view. I turn my chair away. I will not go outside today—there is no need for it. There is a turkey sandwich and a full day’s work on my desk. But above me, the building dumps heat, performing its duty in ignorance of the day outside. I begin with the first paper in a large pile of desperate grapplings to explain what the girl could not: Addie’s sadness. I had promised the grades last week. The sounds of construction invade. Next door, they are doubling the size of the engineering building, bringing it impossibly close to us. They are always building— even when the earth seems to close itself up, they find a way to open it again. On clear days like this, some moment will always happen when one of them will pause their hammering or drilling just as I glance up from some hunched reading, and we will find ourselves engaged in mutual looking over what feels like a forbidden and expansive space. I write notes about the way the men look in those moments— like figures printed onto screens hanging and bending among skeleton structures— but I never know what to do with them. Today, the warm air seems to give their banging a new frenzy, orchestrating with the talking and the applause at some lecture across the hall in what feels like plotted cacophony. I find myself standing, a sweating hand grasping the sandwich and the stack of papers as I open the door.

The air is thick like honey. I push through, hurtling through thick air without destination. I think of how the shooting of an arrow only requires an initial intention. The quad has the kind of traffic common around midday, but today they linger at tables and perch on ledges, their feet swinging and dangling, the girls leaning back in dresses, the boys in shorts with those legs spread—you can always tell whether or not they have it by the spreading and the leaning. Clutching the sandwich and the papers under one arm, little drops of sweat clinging to the plastic bag and curling the edges of the stack, I work on undoing the top button of my sweater.  I can’t remember the last time I wore a dress. The construction bangs just above, their concrete now conspiring with the sun so that it falls against the quad in unfamiliar patterns, introducing new slants of shade. The only way to survive seems to be to follow the shade, to chase its diagonals to the corner with the old “Class of 1950” bench and rest there, holding its stone cool and solid in my hands.

I remember the first time I ever saw myself. I had seen some version before, in mirrors and the backs of spoons; I had already come to associate the particular curves of cheeks or nose with that which was me. But something else happened that day at the creek. I was running my fingers through the stream to catch minnows, the water cold and numbing as it ran hurried and determined the way it always does after a storm.  I saw a shadow leaning down towards the water and wondered at how it could be my own. Brian was just on the other side, chasing a frog, his rain boots firing down into puddles, spraying bullets of brown water that struck the surface of my shadow, disturbing it. I drove my hand straight through myself, but the surface always found its whole again, and I couldn’t grab hold of me. All that came up into my hands was empty water, never filled with me.

The bench losing its cool in my hand is like the letting go of a rope—the unmooring of a boat out onto a sea heated and loud. Faulkner is to blame. He has that way of making me forget what my thoughts sound like, his words crashing in like tides that snatch up my thinking, sucking all my own ways into ocean depths. There was another day on this bench, long ago, when I sat and learned how to round my mouth around words like hegemony, suffering in a foreign cold, running my hands across this new stone. I would walk in circles around the quad, memorizing the way my feet fell into every dip of the uneven sidewalks, for I had arrived an empty vessel, and it seemed that all the stone— the sidewalks, the benches, the buildings— could at least take the shape of empty and give it some solid outline. When the wind blows, the papers on my lap make small leaps towards escape, giving false starts with each gust as if they are just working up the courage. I smooth my hands over them. I should, at the very least, read their introductions.

But I was never really planted. I was always like new seed in moist earth kicked up by shoes and rain, afraid of growing roots and becoming terrible stuck. The girl with good skin is twenty years gone now, her memories of filling this place with dresses and leaning now vague. She learned some secret the football player and I never learned— how to build your life clear and contained in a jar that can move all around the house to adorn the space around it. It can be in any house or any window and someone will come by to admire it—life planted and free. I used to stand in the creek until I thought my feet weren’t there anymore. I could feel the emptiness where the water moved around where they used to be, and that was I how I understood them— only as the space the water bent itself around. I thought the stone could be like my jar that could turn me into something other than loose soil and exposed seed. My father told me the Spanish Moss wasn’t melting, just spreading itself out into air and wind to recreate itself elsewhere.  What could I have done to be more like the moss that sends itself out. What could I have done not to melt instead, or could I have just dug myself into the tree and avoided what feels like the original sin. I hate Faulkner—I think just think something besides planted planted planted, but the shade is giving way and I find myself on my back under a oak raining moss. My father said go out and thin that moss it is going to suck the life out of that tree, but I couldn’t do harm to anything so beautiful. What could I have done walking along July roads barefoot to build strength. I trace the shade back towards the inside, moving feet along those known sidewalks that look like thin shavings of mountains laid down sideways on the quad. What is that thing you do not say, what is it that let you walk in these circles and never back there. There is no such thing. I dig my feet into sidewalks stolen from mountains and there is no such thing as home.

I linger in one last corner of shade. On the third floor of that new building, one of the construction workers stands paused, leaning against beams that will one day hold everything up as if it’s always been there. From here he is not a printing, but substance with dimension: I can see the thick of his legs in blue jeans and tools hanging heavy from an orange belt, his face hidden and shaded under a helmet. He looks down towards the sidewalk, one arm still propped strong against the beam, and everything working at just the right angle so that the sun is hidden and looks ready to burst free from behind him, and for a moment he is like some ancient god inventing the world and saving me from its bright hot madness. With my head thrown back towards the sky, I raise my hand and wave.