Dante’s political exile from his beloved Florence is mirrored in a greater Exile in his famous Comedy: the Pilgrimage of the fallen Man toward his transcendental Home. Dante knew his native Florence intimately, its colors, smells and sounds, but the Poet as he appears in Paradiso has never been to the highest heaven. Descriptions of sense data decrease as the poet ascends. At the very summit, Dante is forced to rely almost entirely on metaphors.

END_OF_DOCUMENT_TOKEN_TO_BE_REPLACED

Artist’s Statement: This collection of pen drawings is the artist’s personal interpretation of the theme “Sound and Silence.” These images seek to contrast and reconcile the mythical and the mundane, emphasizing the spiritual/existential depth that can be found in everyday scenes as well as complex metaphysical concepts. Our cosmos is strange, full of interior howls and shattering quietudes.

END_OF_DOCUMENT_TOKEN_TO_BE_REPLACED 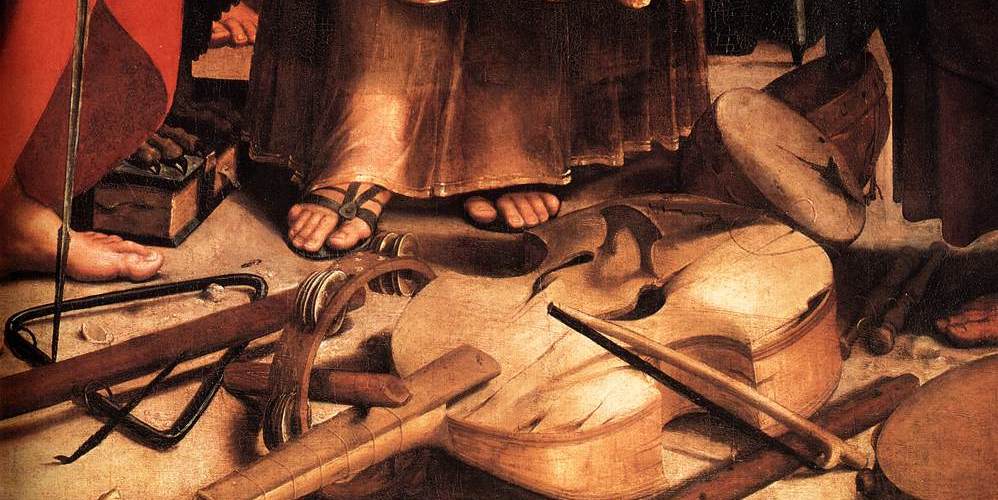 Silence is not the non-existence of sound; it is rather both its absence and potential. That’s the logic underpinning the sense of a “pregnant pause” and the absurdity of the “silence of outer space.” Sound cannot exist in a vacuum, so it is meaningless to call outer space silent in a way that it is not meaningless to call it dark. Pauses can be pregnant only because they could ultimately bear sounds.

Music seems to depend on sound. Even when we imagine music silently, the mind’s attention may turn to a fantasy of sound that, as it were, verges on sounding and only happens to remain silent. Yet the silences within sounding music — those pregnant pauses framed by sound, like the one after the oboe solo has trailed off in the first movement of Beethoven’s Fifth Symphony, or the grand pause before the shocking C-minor tutti in the first movement of Mozart’s Jupiter Symphony — hint to us that music might exist without sound. “The music is in the silences,” runs a familiar platitude. But if this is true, then it must imply that there can be music made of neither sound nor silence: an ineffable music of “pure” meaning.