July 2004: I am nine years old, alone in the loft of a beach house somewhere in Cape May. It is the slow, muted afternoon of a family vacation—I imagine the rest of my family scattered throughout the house, my grandmother just below, eyes half-closed in front of a TV playing The Young and the Restless. The sun seems to come falling in through the semicircular window, and I feel big and alone and powerful in this room of light and dust. The TV is on, the volume low and the voices like whispers as I look through a telescope in the corner of the room. Because I can’t properly close one eye at a time, and because of the afternoon light, I find nothing of interest through the telescope except the shadow of my own eyelid blurred with the rough outline of the sun.

I find myself standing in front of the television, drawn in by the sound of someone saying “50,000 dead and up to a million homeless.” It is a PBS special about the devastation a future hurricane could bring to New Orleans. A city official walks through the French Quarter with the program’s host, armed with a surveyor’s pole. He extends the pole up to twenty-two feet, the camera pulling back to emphasize the pair’s smallness next to it. If Hurricane Ivan had made a direct hit earlier that year, the official explains, the city would have flooded as high as the pole. “We’re swimming here,” he says, “We’re like fish. If we’re alive.”

“The Great Wave off Kanagawa” by the Japanese artist Katsushika Hokusai

The rest of the short program weaves together videos of hurricane devastation, interviews with university professors, and computer generated images and simulations of New Orleans as a bowl filling with water that has no way to get out. The host rides a fanboat through wetlands, where a scientist informs him that 200 square miles of the wetlands—New Orleans’s “natural defense” to storm surges—has disappeared from both human and environmental causes. They speak of “doomsday” and “worst-case” scenarios, and there is something about seeing the city overcome by cartoon water that stirs up those old feelings of watching TV on 9/11—that terrible sense of being afraid of something you do not understand.

August 2005: Hurricane Katrina hits New Orleans. The TV is there again—this time at home in my living room—to mediate the real life doomsday scenario. Strangely, this water seems just as distant and artificial as its simulated twin. I want to reach my hand up to the screen and feel something there. They say people have died—and the difference between 50,000 and 1,833 is as insignificant as it is unintelligible to a childhood brain that thinks any number above 100 is enormous. I look at the tops of houses breaking through the water and remember what I saw in Cape May. I feel like the bearer of some terrible secret I was supposed to share and never did.

September 2006: My sixth grade language arts teacher plays An Inconvenient Truth for the class. We have to break the movie up across several classes because of its length, and each day my stomach flips in dread as the lights turn off and we are left sitting in the shadow of the screen, Al Gore’s voice filling our small classroom. The film employs computer simulations that bring the memory of the loft crashing back in. But this time, the animated water floods far more than New Orleans—the blue taking over the green of Florida, Shanghai, Calcutta, Manhattan. Glaciers melt and fall. Storms surge. And then there are those pictures of the earth from far away, floating blue in black space. I study this small blue outline and think it is like being asked to look in the mirror and not being able to recognize yourself.

April 2019: It is only recently that I have bundled these memories together and begun to generate a meaningful narrative out of their shared images and emotions. And although I present them here as a sequence of events unfolding in time, in my mind they exist together, across and without time. They are not connected through a relationship of cause and effect, but by the way they orient me to the world—a world whose vastness could be translated into the intimacy of my living room, but whose magnitude nevertheless inspired that centuries-old feeling of the sublime.

First, the intimacy: Since its inception, cultural critics have noted the particularity of television. Unlike film, which acted upon its audience in the realm of the public at the theater, television was consumed in the home. And with its origins as a site of political communication and the advent of the public sphere, the newspaper also always set itself apart as public, even as it was read at the breakfast table. In contrast, the TV gathered the family around itself in the familiarity of the home, providing a visuality radio could never offer. Television was very much on the mind of Marshall McLuhan when, in the 1960s, he famously declared that “the medium is the message.” 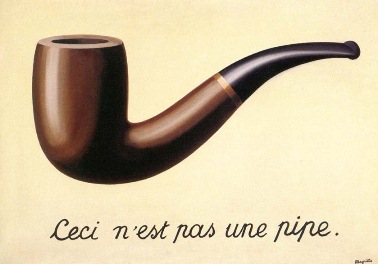 McLuhan suggests that media changes the scale of human affairs by extending our senses and our capabilities to communicate and create. And so in those Katrina memories, it was the television that extended the possibilities of life and of the world beyond the limits of what my own childhood body could see and hear. McLuhan is less interested in the content of the message— New Orleans flooding on the TV screen—than the effect of the form of the message itself. Standing in front of the television reconfigured me first and foremost by fashioning me into someone who could reach far out into the world, into Katrina’s waters some 1200 miles away.

And then, the sublime: I’m tracing a specific conception of the sublime back to the eighteenth century philosopher Edmund Burke, who first posited a dualism between beauty and sublimity. Burke thought of beauty as that which stimulates the desirable passion of love, while the sublime is that which provokes the “self-preservative passion of astonishment.” This self-preservative passion of astonishment surfaces when one encounters a transcendent threat of danger, but does not feel the pain of the danger itself. Instead, one experiences the sublime— a certain wonder colored with fear.

That coexistence of awe and horror burned within me on those days before and after Katrina, the visuality and the closeness of the TV delivering a threat, but its qualities of un-realness—where animated water is more or less the same as the Hurricane water—keeping that threat just far enough away to feel astonished by it. In some ways, An Inconvenient Truth seems like one long celebration of the sublime. It is, the trailer promises, “the most terrifying film you will ever see.”

But if the film does not deliver the pain itself, and only basks in the risk of it, Burke might suggest otherwise. And so while I certainly felt fear of this powerful and vast world dissolving on screen, the particular form of the warning’s delivery meant that, above all, this film was more of an early aesthetic experience than an experience of true terror about global warming itself. And meanwhile, bound within the threat of global warming itself is a peculiar paradox: This world outsizes me in its size, scope, and power—if the sea levels rise around me, I will surely drown. And yet, my very existence plays a hand in its undoing. What becomes of the sublime when, buried within the threat of the object of fear, is some horror of the self?

I have tried to think of eighteenth century aesthetics and twentieth century critical theory through my particularly twenty-first century memories in order to consider both the ancientness and the uniqueness of the questions we face about building our lives under the shadow of climate change. How does place-making (both individual and collective) occur on terrain that feels like it is literally melting away? Feels like it is melting away—or does it? How do the mediums through which warnings of global disaster get delivered figure not only our consciousness of the world’s ending as a probable event, but our subconscious experiences and awareness of ourselves? Is climate change a felt phenomenon, shaping our societal affect(s) as we continue to live/eat/work/build/sleep/waste on this earth?

I ask questions that maybe have no obvious answers, coming back again and again to the problems and potential that lie in those dual moments at the TV: The animated water pouring in, the flood water rising. If it wasn’t terror that I felt, then perhaps it was something else— something like two wires coming together, connecting the circuit.