Silence is all we dread.
There’s Ransom in a Voice—
But Silence is Infinity.
Himself have not a face.

I once had a professor who described Emily Dickinson’s poems as diamonds— like great amounts of life’s raw materials formed into something dense and beautiful.  It is precisely that quality of density that allows us to dwell among just four short lines of her craft, still discovering new meanings, new questions, new possibilities, and always sensing that what we hold is, like a diamond, a rare and precious thing.

In her short poem “Silence is all we dread,” for instance, we find a speaker considering multiple and complex conceptions of silence: one in which silence is more than sound forthcoming, and is instead an enduring and lamentable absence of communication from a distant God. At the same time, by examining the poem in its original configuration, we also find a notion of silence as an expectant pause, one anticipating the voice of the poet who can speak into our present, temporal reality. 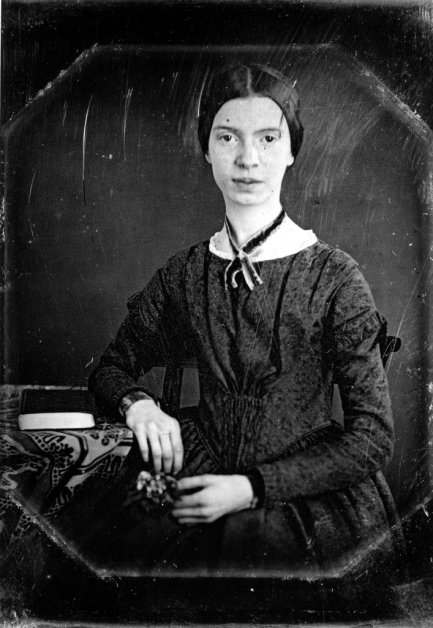 Before considering how Dickinson’s speaker handles silence, it is first necessary to examine our poem as it originally appeared in a correspondence with Dickinson’s sister-in-law, Susan Dickinson. In the letter, Dickinson employs line breaks that are quite different from the poem’s contemporary reprinting:

Silence is all
we dread.
There’s Ransom
in a Voice—
But Silence
is Infinity.
Himself have
not a face.

With the four additional divisions, silence itself begins to play a role in the poem’s very form: moments of pause now appear in what was once the closed sentence. Importantly, the expected continuation of the next line constitutes such moments of silence as moments of anticipation, as a kind of temporary silence that gives way to future sound. Such moments of anticipation contrast quite sharply against the poem’s four-line form, where periods end the three lines relating to silence with a certain sharpness and finality. I want to hold these two configurations of the poem together in order to consider the possibility that Dickinson presents us with two experiences of silence, and not only one in which silence is terrible or “all we dread.”

Reading the poem in its four-line configuration, we find the speaker makes two ontological declarations about silence: “Silence is all we dread,” and “Silence is Infinity.” By figuring silence not as a temporal experience, but as a condition that endures across time, the speaker conceives of silence as something beyond the momentary absence of sound. Instead, the assertion that Silence is Infinity suggests that for the speaker, silence is the embodiment of an infinite God who, by the very nature of being set apart from humanity, is unable to speak in human language. Unable to personify God in human terms, the speaker is left to conclude that this deity “without a face” can be described only in terms of silence, in the absence of sound, speech, and language in human affairs. Such a conception of silence not only constructs silence as dreadful, but also more broadly undermines a kind of transcendentalist philosophy that views the divine as pervasive throughout human life.

But can our mortal separation from the divine, understood through silence, be redeemed? In the four-line configuration, the harsh finality of the three periods attached to the lines about silence contrast with the open-ended dash attached uniquely to “Voice.” The juxtaposition constructs a neat dichotomy in which silence is the source of suffering, and “Voice” is the “Ransom,” the redeemer of terrible silence. But whose speech—whose voice—pays the ransom? The capitalizations of “Voice,” “Ransom,” “Silence,” “Infinity,” and “Himself” all build an association that might point towards the redeeming “Voice”—quite paradoxically—as that of God.

Given Dickinson’s particular position amidst both a New England Calvinist tradition and spiritual revivals, this contradictory view of God could reflect a wrestling with the two traditions: one that emphasizes God the Father as absolute, infinite, and distant, and one that stresses God the Son as human, temporal, and intimate. I use such qualifying language here to avoid treading into the dangerous ground where we conflate the autobiography and the person of Dickinson with the poetic persona of Dickinson. At the same time, I also suspect Dickinson considers other possible forms of speech and voice that might be liberating—that might pay the ransom in the face of infinite silence.

Again, it is only in the opening up, the slowing down, and the fragmentation of the eight-line form that we find another possible voice. Rather than final declarations upon the being of God as silent and our dread in facing an unknowable deity, we instead pause in anticipation of a voice: not the voice of God, but the voice of the poet. It is the speaker who relieves the silence, who is able to figure silence as something other than an absence, a lack. And so, while I do think Dickinson wrestles with God’s existence, his apparent detachment from human life, and the contradictory conceptions of his personhood across denominations, I think, ultimately, that here she offers the poet as she who is capable of speaking into earthly, material life. There is, then, another function to silence besides dread: it can be the productive space in which the poet finds her voice.

I am reminded of the beginning of another well-known Dickinson poem, one so compelling it often swims into my brain like a favorite song or childhood memory:

It is the poet’s unique ability to “distill,” to press together the richness of ordinary, corporeal, and material human life into its essence, into a brief moment that we might see and smell and recognize as beautiful, that ultimately offers our speaker hope. Whether or not Dickinson herself believed in a God who is nothing but silence, who cannot speak into our ordinary lives, I think we find here a clear affirmation that the poet can do so, leaving us with diamonds we turn over and over in our hands.